Sanjay Van in Delhi - An alluring Place to Visit 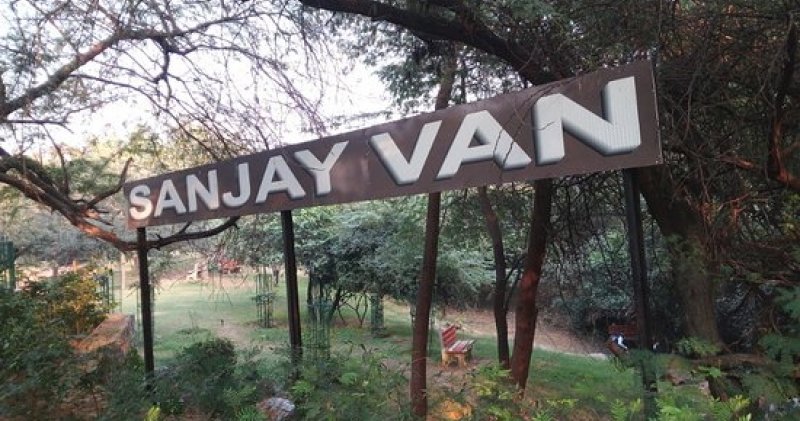 Maintenance by DDA: The flora and fauna in Sanjay Van were depleting fast, which raised the concern for its restoration. Due to this reason, the forest is currently going under restoration through a collaborative effort of a citizen’s group called Working with Nature and Delhi Development Authority (DDA). Since 2010, DDA has been working to bring the forest to its original form.

Lake/Ponds: There is a lake constructed in Sanjay Van. The lake is around mid-way into the forest. It is an artificial lake created just a few years back. There was polluted water there at first before the creation of the lake. Later, the water was diverted and the lake was created. There are even ducks at the place now so it seems appealing.

The Sanjay Van in Delhi covers the area of 443 acres. It is spread out in a large area rich in various kinds of flora and fauna.

The Sanjay Van in Delhi has five ponds in it. The first pond receives water from the Neela Hauz Lake and treated sewage from Vasant Kunj Sewage Treatment Plant. The water from pond one then flows through pond two, three and four and finally reaches pond five. The water from pond five moves through drain pipes to Hauz Khas Lake where it is used for recreational purposes.

There are in total five gates to Sanjay Van.


Places to visit in Sanjay Van

Things to do in Sanjay Van

Here, we have enlisted some of the activities that one can enjoy in Sanjay Van:

How can one reach Sanjay Van?

There are two ways to reach Sanjay Van i.e. by road or metro.

If one is going by his own vehicle then he can park it in front of gate number three near Rockland hospital.

There are various facilities in the forest such as drinking water facility, toilets. There are benches available so that visitors can relax for some time as well. Also, there are boards all around the way to guide visitors.

Is Sanjay Van a haunted place?

The Sanjay Van is considered as one of the haunted places in Delhi. There is a story about Sanjay Van in Delhi. It is believed that there are graves of Sufi saints in the forest and also broken ramparts of Qila Rai Pithora. Local people say that they have felt the presence of something around them. Some also claim that they have heard laughter and cries out of nowhere when they are alone in the forest. Some people even say that they have seen a lady in white saree who disappears in the air all of a sudden.

The Sanjay Van Delhi haunted story is that there is a road going through the forest. People have seen a lady in white around it who seeks help. She only appears at night and the crazy part about is if someone stops, she vanishes in the air. She is seen walking through the forest or sitting along the road asking for a lift. Some people even say that they have seen her running after their vehicles if they do not stop for lift. The spookiest of all is that some people say that they have seen her sitting on the tree above and looking at them with her dead and cold eyes. Though, there is no solid proof of the existence of ghosts there. It can be a myth as well.

It is difficult to go through the whole forest in one single day. But one should surely take out time to appreciate the beauty of nature.

Near to Medeor Hospital or Near JNU. Here is the Sanjay Van map or direction- Click here

Q1: Where is Sanjay Van in Delhi?

It is located near Vasant Kunj and Mehrauli.

Q2: Which metro is nearest to Sanjay Van?

Q3: Which is the nearest gate for parking if one goes by car or bike?

Gate near Rockland hospital
Written by