The Tallest Brick Minaret in the World: A Guide to Qutub Minar 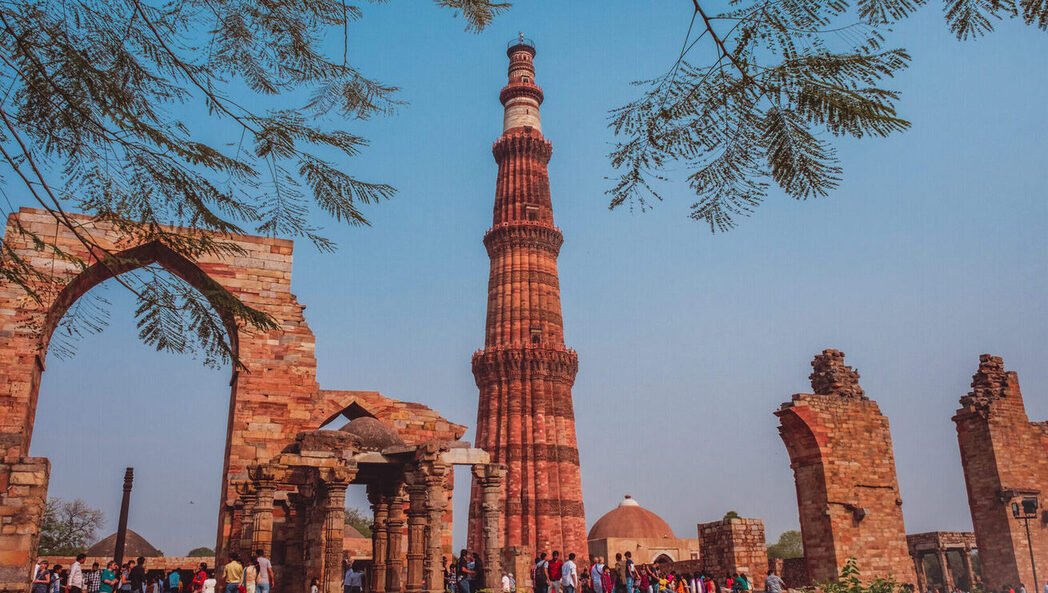 Qutub Minar is a UNESCO World Heritage Site located in Delhi, India. It is a towering minaret that stands at a height of 239 feet and is the tallest brick minaret in the world. The minaret was built in the early 13th century by Qutbuddin Aibak, the first Muslim ruler of Delhi, and was later completed by his successors.

The Qutub Minar is made of red sandstone and marble, and is adorned with intricate carvings and inscriptions. The minaret has five storeys, each of which is marked by a projecting balcony. The balconies and the walls of the minaret are adorned with verses from the Quran and other religious inscriptions. The top story of the tower features a balcony, which was used by the muezzin (the person who calls Muslims to prayer) to give the call to prayer

Over the years, Qutub Minar has undergone several renovations and restorations, and it has survived several earthquakes and other natural disasters. Today, it is a popular tourist attraction and is visited by thousands of people every year.

Qutub Minar closed on which day?

Opens all days in a week

Places to Visit in Qutub Minar

In addition to these places, the complex also includes several other historical structures such as the Tomb of Iltutmish and the Sanderson's Sundial. Visitors can also explore the gardens and walkways within the complex.

How to reach Qutub Minar?

The Qutub Minar is not just a stunning architectural marvel, but also has a rich history. It is believed to have been built as a symbol of victory and as a tribute to the Sufi saint Qutbuddin Bakhtiar Kaki. It is also believed to have been used as a watchtower and a place for the muezzin to call the faithful to prayer.

Qutub Minar is an excellent example of Indo-Islamic architecture, which is a blend of Indian and Islamic architectural styles. It is a tall, slender tower with five stories, each of which is adorned with intricate carvings and inscriptions. The tower is made of red sandstone, which gives it a distinctive red color.

The tower has a diameter of 14.3 meters at the base and tapers towards the top. It stands about 239 feet tall and is topped with a balcony, which was used by the muezzin (the person who calls Muslims to prayer) to give the call to prayer. The tower is surrounded by a courtyard, which is surrounded by several other historical buildings and monuments.

Overall, the architecture of Qutub Minar is a unique blend of Indian and Islamic styles, and it is an important example of the cultural and architectural influences that shaped India during the Delhi Sultanate period.

The Qutub Minar is a popular tourist attraction and attracts thousands of visitors every year. It is a testament to the rich history and culture of India and is a must-visit destination for anyone visiting Delhi.